Rad Drew ~ Is There Light At The End Of The Tunnel?

It was this picture of Rad’s, Is There Light At The End Of The Tunnel?, from a couple years ago, a picture that should have been on the cover of Time Magazine I might add, that inspired this Fourth of July gallery and call for submissions. I stumbled across it once again as I took a tour in my own private WABAC machine, going back a couple years on P1xels, and just taking in the work that was being done at that time.

I had also just started reading a new book, The Unwinding, An Inner History of the New America, by George Packer of the New Yorker Magazine, so the tragedy and poignancy of Rad’s picture were much amplified. I highly recommend the book.

Thank you to everyone who submitted pictures. I’ve added three videos, two of them versions of “America” by Simon & Garfunkel. I could not choose between them! The third, well … 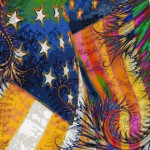 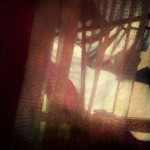 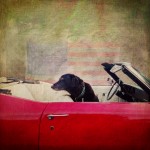 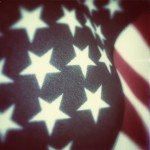 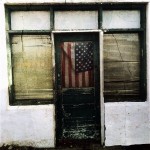 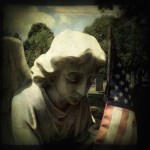 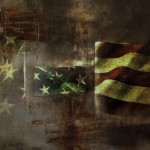 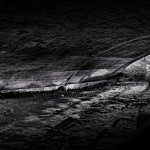 Rad Drew ~ Is There Light At The End Of The Tunnel? 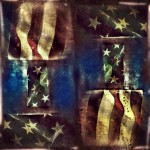 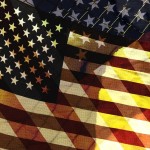 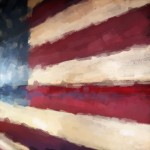 Clint Cline ~ What So Proudly We Hailed 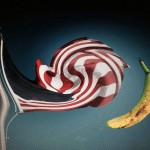 Knox Bronson ~ What We So Proudly Peeled 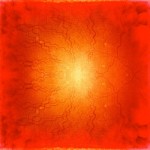 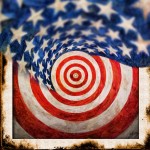 Fabio D’Andrea ~ I Wanna Be A Flag 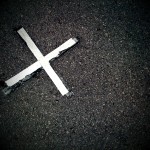 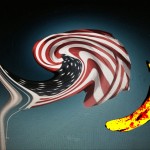 Knox Bronson ~ What So Proudly We Peeled

Let us be lovers,
We’ll marry our fortunes together.
I’ve got some real estate
Here in my bag.

So we bought a pack of cigarettes,
And Mrs. Wagner’s pies,
And walked off
To look for America.
“Kathy”, I said,
As we boarded a Greyhound in Pittsburgh,
Michigan seems like a dream to me now.

It took me four days
To hitch-hike from Saginaw.
“I’ve come to look for America.”

Laughing on the bus,
Playing games with the faces,
She said the man in the gabardine suit
Was a spy.

I said, “Be careful,
His bow tie is really a camera.”
“Toss me a cigarette,
I think there’s one in my raincoat.”
We smoked the last one
An hour ago.

So I looked at the scenery,
She read her magazine;
And the moon rose over an open field.
“Kathy, I’m lost”, I said,
Though I know she was sleeping.
“I’m empty and aching and
I don’t know why.”

Eleven years ago, I was dating a psychic in Los Angeles. Her name is unimportant, but she remains one of the most interesting people I have ever met. Her godfather was a top lieutenant of Chicago mob boss Sam Giancana and one of the architects of Las Vegas, Moe Dalitz. She worked with people like Eminem, George Lucas, assorted billionaires, and the police consulted her on crimes. Due to her proximity to organized crime I used to talk to her about the JFK killing, or I tried to, anyway. One day she said to me,”Why are you so worried about it? No one is going to tell you what you want to know.”

I said something to the effect that I was (and am) a patriot and I still cared deeply about the spiritual betrayal of our nation by the killers and their enablers and those who have profited ever since at the expense of the whole world.

Early in his book, The Unwinding, Packer says he isn’t sure what has caused this unwinding of America over the past fifty years. I say, “Man, try November 22, 1963!” And all that followed.

I included Marty Yawnick’s “X Marks The Spot”, taken at Dealey Plaza in Dallas, Texas, to commemorate the wound that will not heal on our body politic.

The propaganda machine that passes for news media in this country has painted the sixties counter-culture as anti-American, but I assure you we were profoundly patriotic and knew that something awful had happened and worse was coming and we didn’t have a clue what to do about it. And powerful forces were working against all of us and the ideals upon which our country was founded.

In any case, God bless America and all of you, wherever you are. I mean it.

Chorus:
We tried so hard to make it come true
A perfect dream, sun bouncing, sky blue
Pop down the years, still shining on you
Translucent songs that made the world new

Those summer days, your sweet perfume
Just filled the air with magic
A symphony
So bright now
All light now
They watched us dancing.
A slip of time, a ray of sun
A floating song from a perfect world
And endless love
How softly
How sadly
Young hearts were broken

We tried so hard to make it come true
A perfect dream, sun bouncing, sky blue
Pop down the years, still shining on you
Translucent songs that made our love new