KEEP CALM & App That Bitch ’til it SQUEALS

Thought for the day

I happen to be in a good mood. We finally are in real production for the Preview Issue of iPhotographer Magazine. The Preview Issue will be a full issue and will be free to download from the Apple Newsstand, of course.  The magazine will work on both iPads and iPhones, going back to iPad2 and iPhone4. (It will be viewable on the 3GS as well but we are not sure about performance issues, i.e., seamless scrolling, etc.) Subscription rate will the $19.95 per year for six issues and individual issues will be available for $4.95.

The Premier Issue will recycle some timeless pieces from the original Newsstand issue, the paid one, but will also have some cool new content, including an interview with none other than Sion Fullana, the celebrated Godfather of iPhone street photography, a great column by Niell Barham, creator and publisher of the best iOS movie-making app FiLMiC Pro, on leaving your camera behind when you go on vacation since you only need your iPhone with the right apps and  outboard gear, iPhone Abusers of the Month Debi Mazar and hubby Gabriele Corcos, stars of the #1 hit Cooking Channel show Extra Virgin & best-selling authors, along with some other very interesting and informative new pieces.

The other thing I want to mention is that we are going to be doing cover contests for the magazine!

This is not an official announcement, but I can tell you that our plan is to charge $5 to submit five images for consideration. Grand Prize for each issue will be $500, plus the winning image used on the cover of the magazine, as well as being hung in any show we are  presenting, i.e., our year-long show at Markham Vineyards currently running. We have some great runner-up prizes as well, i.e., the second place winner will receive a hand-painted painting by PIXELI.ST of his or her image, a value of over $300. And some other very cool stuff, along with being included in the gallery in the magazine.

So we will be rewarding a minimum of $6000 cash a year, along with all the other prizes, for that amazingly low entry fee! This site and a couple other well-known iphoneography blogs will be offering a special bonus submission code.

In fact, here are some pictures taken by the inimitable Jody Frost the other day when we went up to the winery. I had to re-frame a picture that was damaged. I know I’ve posted other images of the exhibit, but these are the best yet, I think (sometimes a DSLR is a good thing!). 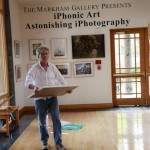 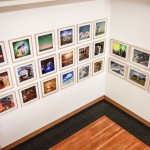 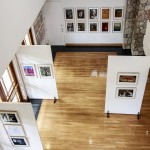 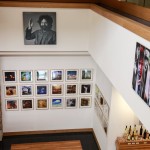 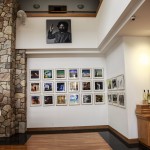 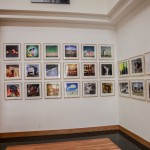 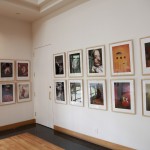 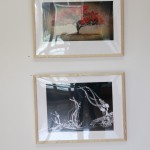 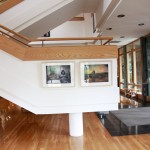 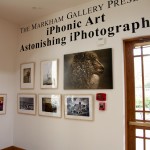 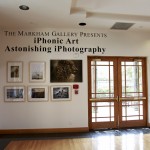 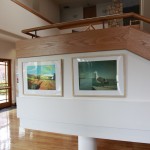 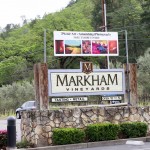 Five-and-a-half years along, PIXELS is still going strong, innovating, celebrating iphonic artists and art and the entire iphoneographic movement, and upsetting the apple cart whenever possible.