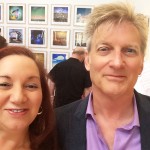 Yoni Mayeri and me (photo by Yoni) 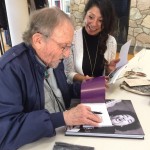 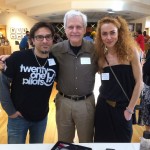 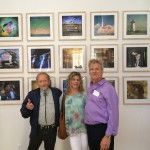 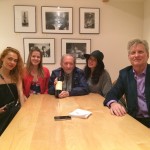 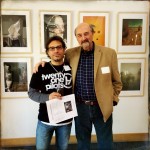 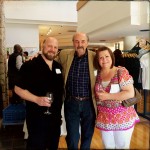 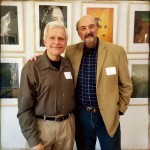 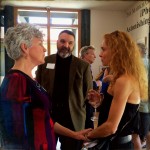 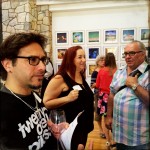 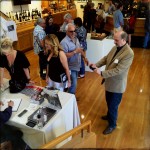 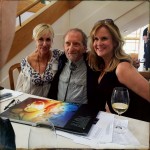 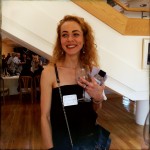 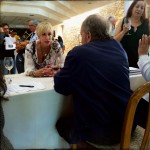 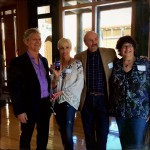 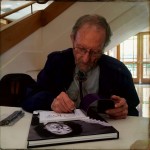 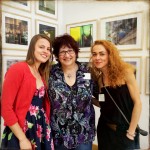 Here are some images from our opening party last weekend at the lovely Markham Vineyards Winery in St. Helena, California. I know that we are missing some people in the pictures – I was remiss in taking pictures myself. If you have some from the show, please send to me and I will add them.

I led off with the picture of Baron and Maia and me for a reason.

I’ve said it many times before, but I feel it imperative to repeat: there would be no Pixels without Maia. She was integral to everything the first couple of years, helping with the shows (hanging and mounting) and with curation on the site (thereby helping to define the nascent medium itself), assisting financially, and so on. She remains my favorite iphonic artist and an inspiration at all times to do the work necessary to make a given image everything it can be.

Baron Wolman is my partner in Pixilation* Publishing LLC, as well as Publisher of the new iPhotographer Magazine. We go way back (for that story click here). I am doing final edits on the preview issue today (as soon as I am done with this article). We intend to get into the book publishing arena as well.

So these are two very important people to me, to Pixels, to the iphonic art movement itself.

It was a great a party and I wish ALL the artists could have been there. The show will remain up through December. If you are in Northern California, I strongly suggest making the trip to the lovely Napa Valley to see it.